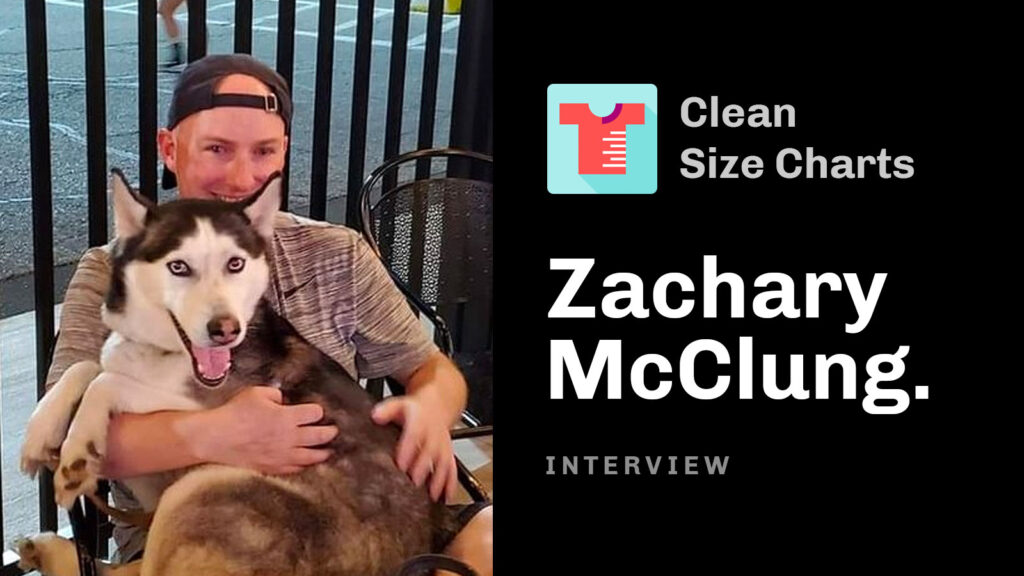 Zachary McClung is the founder of TaskHusky a leading small development service for Shopify merchants. In February, TaskHusky acquired their first Shopify app Clean Size Charts. He shares the experience of building the app on his Twitter at @hcaz32000.

Could you tell us the story behind the Clean Size Charts application? How did it start and where are you now?

Clean Size Charts was launched in November of 2020 by our friends at Clean Canvas who build some of the best themes in the Shopify space.

It was a way to give their theme customers more control and be able to try the Shopify App space at the same time.

In January of 2022, Kevin their CEO approached us and asked if we wanted to acquire it from them.

We had been looking for a Shopify app to acquire for over a year and I said HELL YES.

At the time, the app needed to be upgraded to AppBridge 2.0. They had different goals with the app then we did. We wanted to move the app into a revenue machine.

We had some work to do.

We upgraded the app within a week to Appbridge and then started rolling out features. We’ve pretty consistently rolled out new features since then. We have some major releases coming up prior to Q4.

The app as of today has over 2,000 active merchants using it and is ranked #3 in the app store. In June it was featured as a Staff Pick by Shopify. We are growing month over month.

I know you’re really serious about providing excellent customer support! Your app reviews definitely show that. Do you have any customer support tips for other app developers?

Set proper expectations and be available.

I personally handle support at this point.

We use HelpScout for our help desk tool.

I have the app on my phone and receive push notifications. When I’m awake, I try to get back to the merchants within a couple minutes.

We average less than 1 ticket a day.

If it needs to be looked at by our developer, we set the expectations on how long it will take. If it is taking longer, we update them.

Customer support isn’t hard. You just have to be responsive and do what you say you are going to do.

I was mindblown once I heard that you’re sending out postcards to anyone who installs Clean Size Charts. Are you still doing that? How is it going?

Yes, we are still doing it. The postcards were meant as a simple THANK YOU from Lola, Nova, and I for giving us a shot. We wanted to be different. We wanted to add another touch point. We don’t have any stats for them. I do feel at some point, they will pay dividends.

We’ve seen this before.

Back in 2018, our team at TaskHusky hired Blues Brothers impersonators to be our booth at IRCE. We didn’t try to sell, we just had fun.

We had people buy from us years later because of it. They remembered that moment and still had the photo they took on their phone.

Is there anything else you do to connect with merchants after they’ve installed the app? Do you do anything specific to reduce churn?

One thing that I’ve tried on a small scale and looking to really scale is welcome and winback phone calls. We want the data and we want to build the app merchants want/need. A 5 minute phone call can go a long way in getting that additional information.

Which one is more important: marketing or the app itself?

Trick Question. It is both.
We have boosted new installs by adding additional marketing channels. We will keep doing that.

Your app is the retention tool. It is what keeps people engaged and happy.

We focus heavily on both. We have KPIs for both.

Being on the app store is great because it’s bringing in traffic. But how important is SEO & organic traffic?

We do not currently focus on SEO. In our niche, we’d need to go very broad and hope we could pull people into the app. There isn’t a lot of organic search volume for size charts specifically.

Have you ever thought about building other applications? What do you think is the most underserved niche for an app with the highest potential right now?

I definitely have. We are looking at building other Shopify apps in the future. Before we do, we are going to get Clean Size Charts super dialed in.

I don’t know if it is underserved, apps with the highest potential are ones that can directly show conversation rate increases. Upsell apps I think have really high potential. Even more so with the new features Shopify is rolling out.

Don’t be afraid to try something new to connect with merchants.

Nicole Murphy from TallSize.com is my go-to for feedback on our app. She reached out to me for dev work via a Slack group we are in. She has provided us some of the best insights and opportunities being a merchant.

If you can find a Nicole or a group of Nicole’s you can really take your app to the next level. Add them to a slack group and run everything by them.

Lastly, could we get a cute photo of Lola & Nova? 🙂

Best question of the interview and you won my heart. 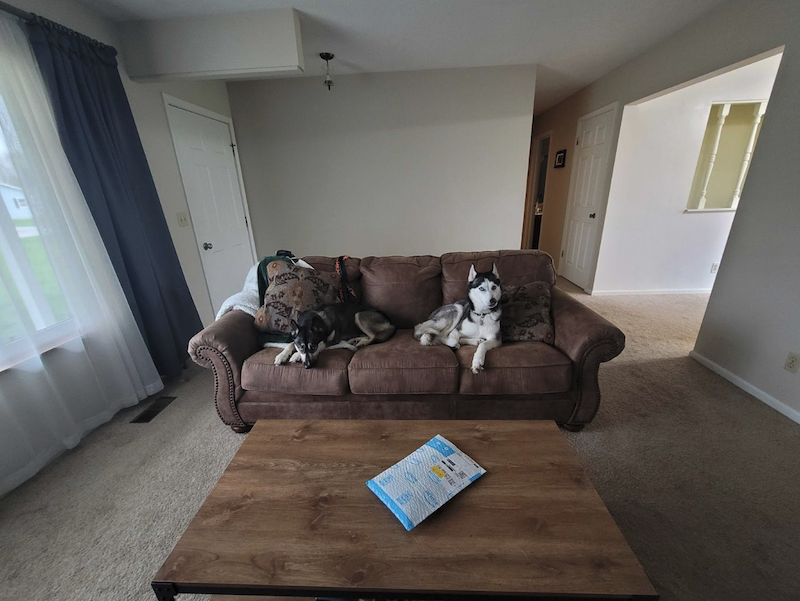 How To Add A Shopify Countdown Timer On Password Page (2023)

Choose The Best Free Shipping Bar for Your Shopify Store

Essential Apps for Your Shopify Store.

On the mission to build a suite of essential Shopify apps to help every merchant.